Few Irish counties match Antrim for sheer variety. Antrim is home to one of Ireland’s most famous landmarks including the Giant’s Causeway, said to be built by the giant Finn McCool.

Antrim is home to one of Ireland’s most famous landmarks including the Giant’s Causeway, said to be built by the giant Finn McCool.

The biggest annual event in the county is the Oul’ Lammas Fair in Ballycastle. In the old days it lasted a week when there was plenty of matchmaking as well as horse-trading.

Just off the coast from Ballycastle is Rathlin Island, with an abundance of bird life and a single pub.

Back on the mainland you will find Dunluce Castle and the dramatic Carrick-a-Rede rope bridge, which as its name suggests is a bridge made out of rope (look down if you dare).

Inland slightly is the world-famous Bushmills Distillery, home to one of Ireland’s best known exports.
The Glens of Antrim find twisting roads running through forested hills and boglands that are never far away from some of the most spectacular coastal scenery in Ireland.

Belfast is Northern Ireland’s capital. It was the birthplace of the RMS Titanic, which famously struck an iceberg and sunk in 1912. This legacy is recalled in the renovated dockyards’ Titanic Quarter, which includes the Titanic Belfast, an aluminium-clad museum reminiscent of a ship’s hull, as well as shipbuilder Harland & Wolff’s Drawing Offices and the Titanic Slipways, which now host open-air concerts.

Main tourist Attractions include the following:

a mass of basalt columns, which is packed tightly together. The tops of the columns form stepping stones that lead from the cliff foot and disappear under the sea. The Causeway exists of about 40,000 of these stone columns. The biggest one is about 40 feet high and the lava in the cliffs is 90 feet thick.

Most of the stones of the columns are hexagonal formed but some of them have more than four sides. To have a look of these beautiful landscape, you can do a fine circular walk passing by amphitheatres of stone columns and formations with fanciful names like the Honeycomb, the Wishing Well, the Giant’s Granny and the King and his Nobles. Further down the coast, the Carrick-a-rede rope bridge spans a gaping chasm between the coast and a small island used by fishermen.

Titanic Belfast, located at the heart of Titanic Quarter – only a short walk from Belfast’s city centre, is not only an architectural triumph for the city, but it houses the world’s largest Titanic visitor experience.

The iconic six-floor building, featuring nine interpretive and interactive galleries that explore the sights, sounds, smells and stories of Titanic, as well as the City and people which made her, is an unmissable experience which brings history to life in an unforgettable way.

Located beside the Titanic Slipways, the Harland and Wolff Drawing Offices and Hamilton Graving Dock – the very place where Titanic was designed, built and launched in 1912, Titanic Belfast tells the story of the Titanic, from her conception in Belfast in the early 1900s, through her construction and launch, to its maiden voyage and subsequent place in history.

The self-guided Titanic Experience extends over nine interpretive and interactive galleries, which explore the sights, sounds, smells and stories of RMS Titanic, as well as the city and people who made her.

On entering, visitors can step back in time learn about the thriving industries and exciting design innovations that led to the creation of RMS Titanic – the largest and most luxurious ship in the world in Belfast before passing through the original Harland & Wolff gates to continue their journey to the Shipyard and the dark ride that uses special effects, animations, and full-scale reconstructions to recreate the reality of shipbuilding in the early 1900s.

There’s not much time to catch your breath, as you’re greeted with a panoramic eagle’s eye view of the actual slipways on which both the Titanic and the Olympic once rested as well as experience the excitement of launch day in 1911. Then it’s all aboard to experience an eclectic range of exhibits, models, interactive databases and elaborate computer-generated imagery which illustrate the ship’s opulent fit-out including exact replicas of the cabins, and journeys through the dining areas, the ship’s engine rooms, working interiors and deck promenade, where visitors can see and hear the oceans and feel the engines rumbling.

Guests then move on to paying tribute to the loss of this magnificent ship and the 1,500 men, women and children who lost their lives on her tragic maiden voyage, experience the aftermath, the inquiries and the sensational news reports of the time. The story is then brought up to the present with the discovery of the wreck and into the future with live links to contemporary undersea exploration.

Complete your Titanic Experience with a visit to the world’s last remaining White Star vessel and RMS Titanic’s original tender ship – SS Nomadic. Walk the decks, explore the ship, and take journey through over 100 years of authentic maritime and social history.

Guests can also take in the buzz of Titanic Belfast’s grand atrium by relaxing in The Galley Café or Bistro 401, enjoying a range of speciality teas, luxury coffees and local delicacies featuring the very best of local Northern Irish produce and inspired by RMS Titanic. Souvenirs can be picked up at the Titanic Store, before taking a walk down the historic slipways where Titanic and her sister ship Olympic were built and first launched into the water, exploring the life-size outlines of the ships embedded in the ground and illuminated at night by blue light, or have a seat at one of the benches positioned exactly as they would have been on board the deck of Titanic.

So whether you come for the architecture, the history and heritage or the unique visitor experience, by bus, bike, walking, segway or tram tour, a stop off at Titanic Belfast is a highly recommended highlight of any trip to Belfast. 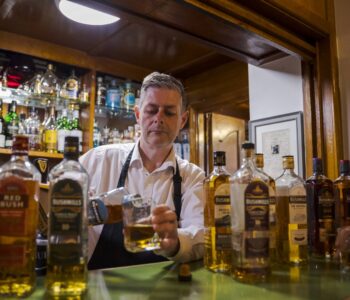 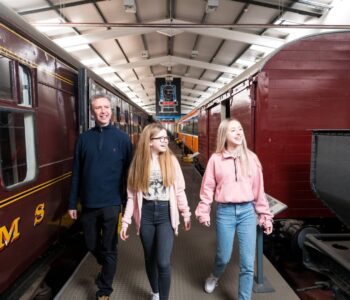 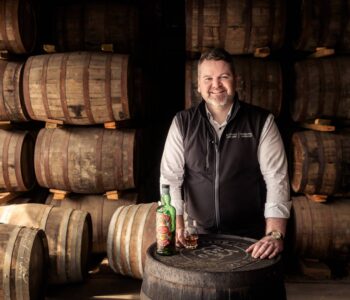 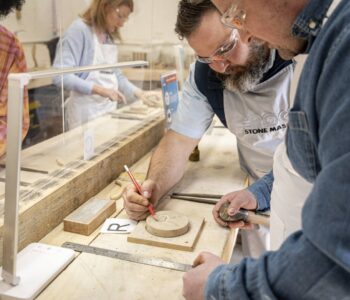 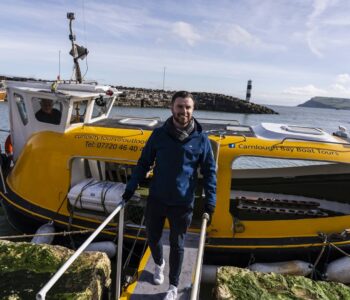